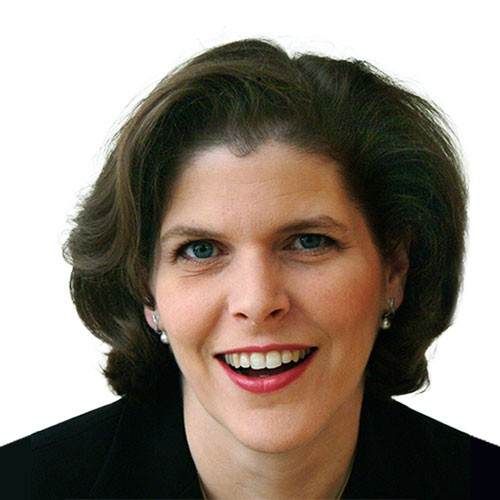 Carol Pineau is an award-winning filmmaker and journalist with nearly 20 years experience reporting on Africa. She is the host and producer of Foreign Policy’s Africa Forward podcast. Her groundbreaking film, Africa Open for Business, and the advocacy campaign accompanying the film, helped change the coverage in major media on Africa.  Additional film credits include Africa Investment Horizons and Kenya Stories. Ms. Pineau recently hosted and produced a pilot for a new current affairs program, Africa-USA Now, and she was the host and producer of a 10-part current events talk show, Africa and the Trump Administration. Ms. Pineau has reported and produced numerous television news stories for major international media and is passionate about telling a true, multi-faceted story of Africa today.

Ms. Pineau’s first documentary, Africa Open for Business, was voted BBC Documentary of the Year and won several other awards.  The film was broadcast on BBC and PBS, covered by major media throughout the world, and screened at the Cannes Film Festival where she was presented the “Africa Vision Award,” the World Economic Forum where she was a plenary speaker, United Nations, US State Department, US Congress, and several other high level venues.  Her second film, Africa Investment Horizons, premiered at the New York Stock Exchange, won several awards, and aired on PBS.

In 2009, Ms. Pineau began a two-year project with the World Bank’s World Development Report 2011: Conflict, Security and Development, to create a global conversation on conflict via social media and other means.  Piloting the first-ever survey via text messaging, the project garnered more than one million responses from the Democratic Republic of Congo (DRC), one of the most remote war-torn regions in the world.  It is believed this is the largest survey ever conducted, and helped launch GeoPoll, the first global mobile surveying platform. In 2013, Ms. Pineau began working with GeoPoll to build strategic partnerships and increase community-based feedback in order to create an opportunity for grassroots communities to have a better say in their future.

As a journalist, throughout two postings in Africa as well as several assignments worldwide, Ms. Pineau has interviewed Heads of State, rebel leaders, and numerous other newsmakers.  She has reported from many of the world’s major hot spots.  From the battlefields of the Eritrean/Ethiopian war, she reported live for CNN on what was at the time the world’s biggest war.  From Belgrade, she covered the NATO bombings, and from East Timor she reported on the newly independent country’s first elections.  Ms. Pineau reported live on the first-ever genocide conviction at the UN Tribunal for Rwanda, did exclusive reports from a secret military base in rebel-held Eastern Sudan, and was one of the first journalists into Nigeria after the fall of the military dictator.

Ms. Pineau has reported extensively on the changing face of Africa.  While living in Paris in the 1990’s, she hosted RFI’s (Radio France Internationale) Crossroads, a half-hour worldwide radio show that reported on Africa, for Africa. She also presented African and international news for the French overseas television RFO (Radio-Television de France Outre-Mer), is the author of numerous articles as well as a book.  Her writing on Africa has appeared in major publications throughout the world.  Ms. Pineau is a Senior Fellow at George Mason University, where she co-leads a program on African-led development.